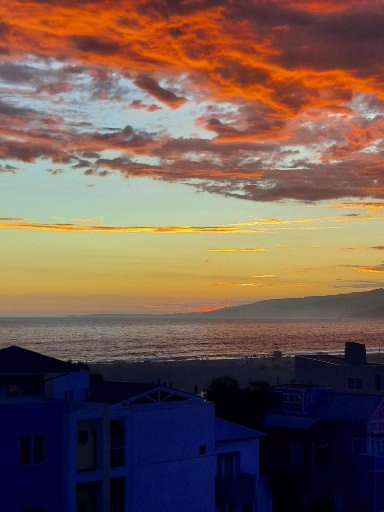 Examination of Conscience: The 10 Commandments

1: “I am the Lord thy God: thou shalt not have strange gods before Me.”

Have I doubted in matters of faith?

Have I murmured against God at my own adversity or at the prosperity of others?

Have I despaired of God’s mercy? Been slow to be merciful to others?

Have I given into the temptations of discouragement or exaggerated anxiety rather than trust in Jesus?

Have I believed in fortune-tellers, horoscopes, charms, or consulted them? Failed to despise ‘socially-acceptable’ instances of sorcery or witchcraft?

Have I believed in reincarnation? Lost holy fear of God or ignored His just punishments?

Have I gone to places of worship belonging to other denominations without due cause and without bearing no uncertain witness for the true Catholic Faith?

Have I failed to recommend myself daily to God especially by prayer? Have I let my devotion to the Blessed Virgin Mary become lukewarm?

Have I failed to pray for the suffering Church in Purgatory? Have I wavered in faith by not beseeching intercession from the triumphant Church in heaven?

2: “Thou shalt not take the name of the Lord thy God in vain.”

Sins against the Holy Name

Have I taken the Name of God in vain? Been interiorly complacent when others have taken our Lord’s name in vain instead of an act of reparation or even fraternal correction?

Have I spoken irreverently of holy things, or profaned anything relating to religion?

Have I behaved irreverently in the presence of the Blessed Sacrament?

Have I sworn falsely, rashly, or in slight and trivial matters?

Have I cursed myself, others, or any creature?

Have I angered others so far as to make them swear or blaspheme God?

Have I shown distrust in Divine Providence by complaining or speaking vulgarly?

Sins against the Lord’s Day

Have I missed Mass by my fault? If so, have I gone to confession as soon as possible and certainly before going to Holy Communion?

Have I been late to Mass? Willfully distracted during Mass? Been ungrateful for the Mass which is the same Sacrifice of Christ on the Cross re-presented in a non-bloody manner?

Have I failed to make a heartfelt and reverent thanksgiving after worthily receiving Holy Communion?

Have I talked, gazed, laughed or acted irreverently in church? Dressed inappropriately in church?

Have I kept holy the Lord’s Day, and all other days commanded to be kept holy?

Have I bought or sold things, not of necessity, on that day?

Have I done or commanded some servile work not of necessity?

Have I profaned the Lord’s Day by immodest dancing, excessive drinking, gambling, etc.?

4: “Honor thy father and thy mother.”

Have I honored my parents, superiors, and teachers?

Have I deceived or disobeyed them? Have I failed to obey my parents out of love, especially when I didn’t feel like it?

Have I been ungrateful to my parents? Been intolerant of their own imperfections?

Have I failed to care for my elderly parents?

Have I failed in due reverence to aged persons?

Have I spurned my family?

Have I been ungrateful or disloyal to my country? Disregarded just laws? Failed to support the common good in all that is just?

Have I procured, desired, or hastened the death of anyone? Been complicit regarding abortion or euthanasia, either personally or socially?

Have I hated anyone? Oppressed anyone?

Have I desired revenge? Not forgiven others? Been resentful? Held a grudge in my heart, especially with those closest to me?

Have I refused to speak to others? Used provoking language?

Have I threatened or struck others not under my charge?

Have I scandalized another?

Have I drunk excessively? Driven when impaired? Used drugs illicitly?

Have I driven recklessly? Been disrespectful regarding just laws?

Have I endangered my own life or that of others?

Have I been intemperate or undisciplined regarding food, drink, sufficient sleep and exercise?

Have I entertained any temptation regarding despair? Been ungrateful for the gift of life? Disrespectful (e.g., piercing, tattoos, etc.) towards my own body which is a temple of the Holy Spirit?

6: “Thou shalt not commit adultery.”

9: “Thou shalt not covet thy neighbor’s wife.”

Have I acted unchastely with myself or others? (Note that such behavior, even if commonplace in some societies, is objectively grave sin.)

Have I willfully entertained impure thoughts or desires?

Have I failed to revere holy matrimony? Have I coveted my neighbor’s wife? Given into any inappropriate thoughts or jealousy?

If married, have I acted lustfully instead of chastely living out my marital vows with tender affection and respect? Been at all complacent with the grave sin of contraception? Violated my marriage vows in any way, either physically or interiorly?

Have I dressed immodestly? Been the occasion of sin for another?

Have I done anything to corrupt of the innocence of children?

Have I kept lewd company and so fail to correspond to my confirmation graces as a soldier of Christ? Spoken unchaste words or engaged in provocative conversations?

Have I seen impure television shows, movies, or pictures? Browsed impure sites on the internet? Listened to unchaste songs?

Have I read impure books or smut novels which by their nature are contrary to the Word of God?

Have I been negligent, indifferent, or ungrateful regarding Jesus’ passion and especially the scourging at the pillar – the cost of impurity.

Have I been complacent with the abortive-contraceptive society, or am I a sign of contradiction as another Christ? Did I condemn others in self-righteousness rather than have the Heart of Christ who converted and sanctified St. Mary Magdalen?

10: “Thou shalt not covet thy neighbor’s goods.”

Sins against right ownership of things

Have I stolen anything?

Have I been deceitful in buying or selling or in business in general?

Have I willfully damaged another man’s goods, or negligently spoiled them?

Have I acquired debt carelessly? Have I been financially irresponsible regarding my family’s needs?

Have I failed to provide an honest day’s work for my wages?

Have I gambled excessively? Risked the livelihood of my family or of others?

Have I been ungrateful to God by squandering material benefits on myself while ignoring the plight of the poor?

Have I coveted anything that belongs to another?

Have I sought my happiness firstly in things rather than in God? Have I failed to receive God’s blessings with thanksgiving?

8: “Thou shalt not bear false witness against thy neighbor.”

Sins against truth and one’s reputation

Have I borne false witness about another (slander) and thus harmed their reputation?

Have I lied under oath (perjury)?

Have I judged another rashly (rash judgment)? Falsely suspected someone of wrongdoing?

Have I refused to carry my own cross by partaking in gossip, whereby I entertained myself by the suffering of another?

Have I flattered myself or others and so refuse to give all glory to God?

Have I compromised the confidentiality of others by words, letters, email, voice or text messages?

Have I been complacent with social sins against the truth? With attacks against the Church? If not, have I reacted with malice to such offenses and thus not in conformity to the Sacred Heart of Christ?

The Precepts Of The Church

Have I gone to confession at least once a year?

Have I violated the fasts of the Church, or eaten flesh-meat on prohibited days?

Have I contributed to the support of the Church according to my means?